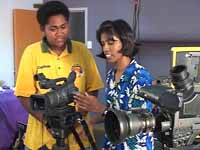 These six half-hour programs explore the history and growth of community-access television.  The series asks "Why are there more than 3000 access television stations in North and South America; Western Europe, the Middle East, the Pacific and Asia?

While the Internet seemed initially to democratize video production and distribution, fake news has raised concerns.  Do "TV" and "TV stations" still have meaning when anyone can post video on s 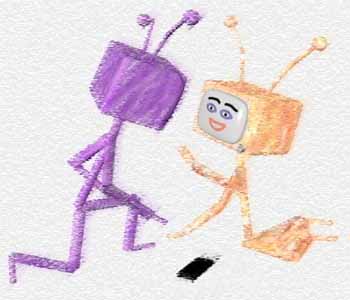 ocial media?  Can interactive technologies including virtual reality, augmented reality, and video games offer more meaningful public engagement as we tackle everything from climate change to the widening gap between rich and poor?  What does "community" mean in the global village?

What kind of TV do you want in the third millennium?

Episode 1 tells the story of Community TV, Fiji, where in the aftermath of the 2001 coup, native and Indian Fijians began rebuilding their country through trilingual programming they made themslves

Episode 2 tells the story of Srinigar Cable where volunteers not only cabled together the houses of friends and neighbours to bring the first images of the rest of the world to their remote Himilayan town, they produce the only Nepali-language TV NOT controlled by the government.  Nepal, a democracy only since 1991, is still testing the limits of what democracy means.

Episode 3:  Australia and Israel have been shaped by immigration.  Both have adopted community-access television so that their diverse ethnic communities can program for themselves.  In the outback of Australia, Aboriginals have reinvented television to capture their Dream-Time stories.  In Israel, Christians, Muslims and Jews find common ground producing music programs because "People who like music won't want to hear the bombs fall."

Episode 4:  In the birthplace of access television, video deregulation threatens funding. Some question whether the money already invested is justified by the channels' viewership.  In the continent with the highest Internet penetration on earth, why hasn't citizen access to broadcasting airwaves captured more supporters?  Is the way forward a hybrid model?

Episode 5:  Europe may hold the answers.  Amsterdam, possibly its most cosmopolitan city, has had "open channels" for decades.  De Hoeksteen was the first to simulcast on the web with input from four different countries in as many languages.  Viewers worldwide could participate live via chat lines.  Is small-community identity going the way of the dodo?

Episode 6:  In Brazil, activists have been putting camcorders in the hands of the disenfranchised for decades, from Amazon Indians to street children in Rio.  The results air on makeshift screens in the town square.  Only recently are these voices finding an outlet on government-mandated access channels.

Elsewhere in Latin America, the tradition of local expression is equally strong. Small commercial TV stations make local programs because viewers would rather watch a neighbour than a stranger on the other side of the world.  Is the antidote to globalization to be found here?